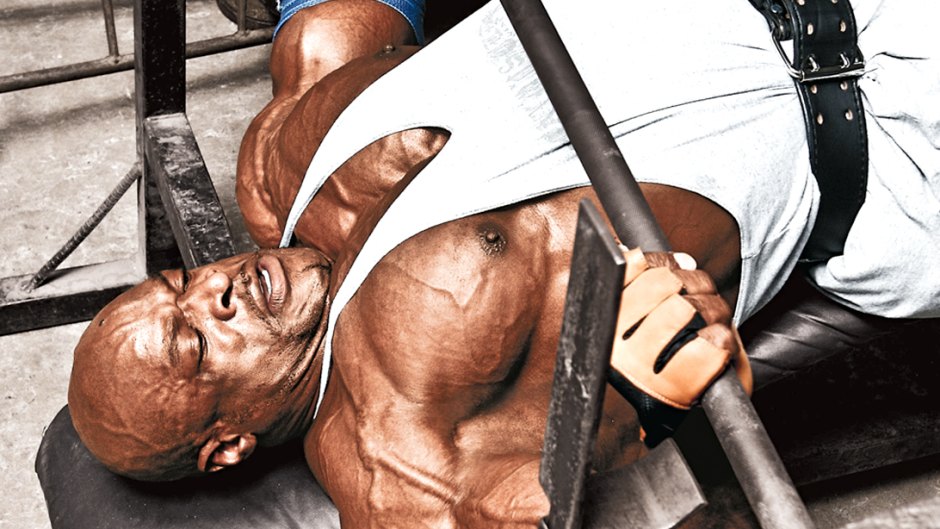 Take a glimpse into what it takes to gain a champ’s chest from the Olympia legend himself!

Ronnie Coleman, the eight-time Mr. Olympia, set the standard for freaky size and conditioning that, in all likelihood, won’t be equaled anytime soon, let alone surpassed for the foreseeable future. His pec muscles outsized the rest of the competition’s and if not for his equally preposterous back, he would surely have toppled over face-first from their immense weight.

He devoted the first workout to barbells and the second to dumbbells. Coleman preferred free-weight pressing movements with heavy weights for eight to 12 reps. This is why you mainly see his savage chest pumps within his training videos when shouting “yea buddy” and “light weight” while pushing out further repetitions.

NOTE: Each workout was performed once per week, three days apart.

What are the benefits of training chest twice a week?

In many of Ronnie’s training videos, you may have seen that he regularly lifts lighter weight than some of his other competitors. This is not due to the fact that he cannot life the same weight, but instead, he chooses to as this method has become more effective for his growth! The reason for this, is that Ronnie worked out that growing his chest via the usual hypertrophy big tears did not give him as much growth as micro-tearing his chest muscles via pumping his chest twice a week.

This twice weekly chest training plan can be performed due to the recovery times for micro-tears being much faster than the lower rep, heavier weighted muscle damage tears. Usually, when looking for pure muscle growth and size, a low rep heavy workout is needed to damage the muscles more thoroughly. But, the recovery will take anywhere from 72 hours – one week before another heavy session can take place again, but with his new found muscle pumping, within 48-72 hours his chest would be fully recovered waiting for the next chest session. This is how Ronnie managed to fit two good sized chest sessions (dumbbell and barbell) into his seven-day training plan.

Ronnie Coleman says dehydration “Almost Killed Me”.  Not drinking enough water while training can be detrimental to a bodybuilder.

Why is water so important for muscle pumping?

Since the human body is over 70% water, obviously fluid levels within the body need to be sufficient for its normal functioning, let alone heavy and sweaty sessions where the body loses fluid.

If we look at muscle pumping vs low rep strength training, with muscle pumping, this works by pushing as muscle blood into the muscle as possible and then pushing more into it as we “pump”. Due to the pressure of the blood, this causes micro-tears within the muscle and in turn, the muscle tears and then recovers.

So now consider that our blood is over 90% water, if we have low levels of water within our bodies, will this muscle pumping still be as effective?? – Of course not!

Water is needed to help with nutrition transports, cell stability, blood concertation levels and more. Due to this, water is one of the biggest key factors within the body and without sufficient levels, even with supplementations and hard training, the effectiveness will be insufficient if there is not enough fluid present within the body. Hence, drinking 7 liters of water per day gave Ronnie the extra fluid that was needed to achieve those outstanding chest muscle pumps!

Along his path, Ronnie had never been very secretive about his use of steroids, because he stated that he was “tired of getting his a*s kicked in competitions”.  Although, one of the secret supplements that he used to gain his awesome chest, was the regular use of Dianabol cycles amongst his other compounds.

How does Dianabol help to pump up your chest?

Dianabol has been a gold standard oral steroid for many bodybuilders over the past few decades due to its great ability to grow the muscle mass in a short space of time while providing great strength increases for the bodybuilder. Having many properties, two of the most beneficial in this case are the Nitrogen secretion and extra red blood cell production.

Nitrogen Dioxide has great benefits for muscle growth but mainly helps to keep the NO2 levels within the muscles high, which in turn provides greater hardness and definition which encourages the growth while pumping the muscles. The extra red blood cell count allows for greater oxygen molecules to be fed into the muscles while training and “pumping”.

While Arnold Schwarzenegger loved to promote his use of Methandienone (Dianabol) thanks to the beloved excess fluid retention, Ronnie did not promote the use of this drug, as it was his “secret ingredient” for gaining his awesome looking chest muscles.

Dianabol’s other benefits include; Major power increases, the protection of vital areas within heavy lifting sessions, enhanced protein synthesis, rapid absorption times and the ability to put on a great amount of muscle mass weight within only a few months. The only negative aspect to using this compound, is its ability to aromatize into Estrogen. Due to this, many user fun Aromatase Inhibitors such as Arimidex while taking Dianabol, as this will ensure no estrogenic side effects will occur.

Even though this compound has many great benefits, the two mentioned above is what Ronnie favored this drug for.

Bodybuilders who had success following this routine

Although Dorian Yates took a very different approach to Ronnie, his regular doping routine of Testosterone with either Equipoise or Deca and Dianabol was his “go to” for building his overall mass. In one of his interviews, Dorian stated that without the use of Dianabol within his stack, he would have used other compounds, as “Dianabol is irreplaceable” said Dorian.

Rich Piana had also been an icon for many over the years. His use of a wide variety of PEDs, made this powerhouse of a bodybuilder famous for what he could do with his body. Although when it came around to chest day, this is where he pushed hard to try and keep the chest muscle growing as fast as his arms and lats. What many people do not know, is that to overcome this, Rich actually ran mainly Dianabol and some Primobolan to break out of his chest growth plateau stage. This is where the term “Dynamite Dianabol” came from as after seeing his results, Rich said “this Dianabol is like Dynamite for the chest”.

Although it is still unknown which branded substances Dorian and Rich used, a reporter form the IBBF stated that within Rich’s 5 Percent Nutrition talks, he said he used a mixture of brands including; Dragon Pharma, Alpha Pharma and the “blue heart Dianabols”. While Dorian was also known to use the old British Dragon brand and also Alpha Pharma.

A spokesman from the IBBF, stated that many followers of this program have had great success in both finding these Dianabol brands and within their higher rep and lower weighted workouts.

“Chest was always my downfall, but after following Ronnie’s routine while on 40mg a day of Dianabol, I have grown my chest by 9inches. I bought some Alpha Pharma Dianabol’s from the US online store Americaroids.com, after not even 5 weeks of training, my check looked amazing!!”

“This compound is made for pumping. Started my Dianabol tablets from A2F.net (Dragon Pharma Brand) with twice weekly workouts and 7 liters of water per day and cannot fit into my off-season cloths anymore after just 27 days. This twice weekly program is the most effective by a clean mile for the chest.”

In conclusion, if you are not hitting hypertrophy within your chest workouts and not gaining good and sufficient growth, it may be time to switch to “pumping” for the chest muscle growth instead.

Keeping a solid training plain and nutritional intakes including water is vital. But as it has been proven many times by the professionals, using supplementations to narrow your pathway to your desired goals, is just as beneficial for gaining that Champion Chest! 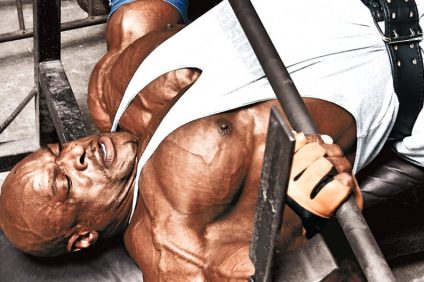